Tonster said:
Fuck my life. I should be on my way to cobo right now. I am going to miss the boat out tomorrow
Click to expand...

Striff said:
It's ok bro, just think of the opportunity you have now to drop OT references on air.
Click to expand...

sucks about the fishing trip though

Buzz Killington said:
"I'm sorry, but if you shoot up an airport, you are poor."
Click to expand...

International tourists interviewed on the news, I can't even imagine walking off the jetway and witnessing that shit.

Vermincelli said:
so it was an off duty TSA agent. Great.
Click to expand...

Have you seen the TSA agents at LAX? They're probably all gang members anyhow.

Tonster said:
Fox news just called and asked me the story then told me yo stand by for a possible live phone intverview.


What do o say to get OT some rep points
Click to expand...

Then pull your pants down and jump around shouting Yolo

Oh hi, My GF has been upgraded ^ 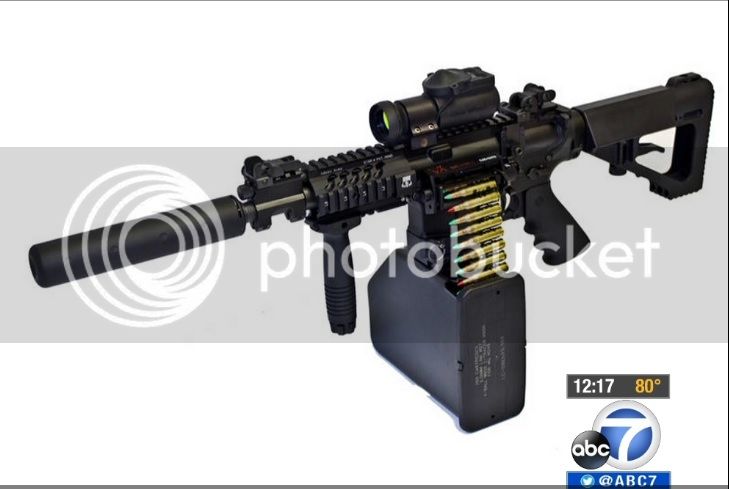 What is that trigger-looking thing on the back?

Oh hi, My GF has been upgraded ^

I have no idea what I'm doing

vr6vdub said:
What is that trigger-looking thing on the back?
Click to expand...

Never go in against a Sicilian when death is on th

vr6vdub said:
What is that trigger-looking thing on the back?
Click to expand...

Makes the thing go up.
Media will probably say it's where the grenade launcher trigger is.

On live with shepard Smith lisyen in
TS
TS

Shooter had one of these Record this shit on this OT

10:30 a.m.: EYEWITNESS ACCOUNT: Brian Adamick, 43, said he was getting ready to fly to Chicago for his brother’s wedding and was boarding a Spirit Airlines flight at Gate 32 in Terminal 3. He said people were running through the terminal, away from a security area. Adamick said he went through an emergency exit downstairs onto the tarmac with several other passengers. “While I was on the tarmac, I heard two gunshots from the same area where the people had been running and screaming,” he said. A few minutes after he got outside, he said buses showed up to help evacuate passengers. He saw a wounded TSA agent board one of the buses. The man’s ankle was bloody: “it looked like it was straight out of the movies,” Adamick said. The man, told him, “I got shot, I’m fine.” He told passengers not to worry about him and that he had been shot before, Adamick said.
Click to expand...

TSA agents are actors folks. Another false flag attack by Obama to divert Obamacare criticism in the media away from him.
TS
TS

He is in NY

Listening to fox news
You must log in or register to reply here.