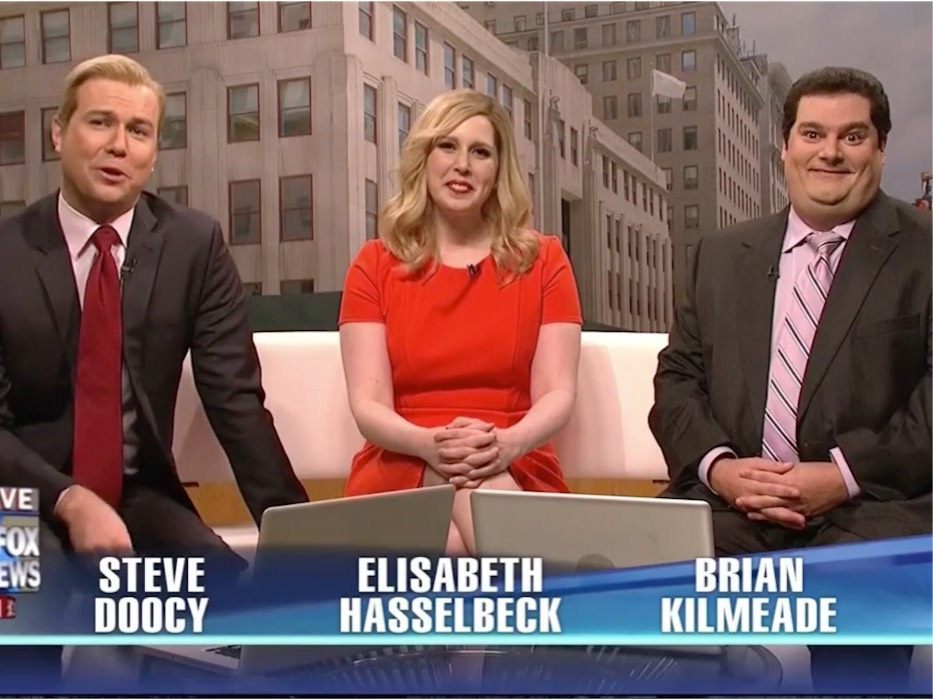 Steve Doocy said that the decision to put a Democrat on each side of Trump during the meeting — the president was flanked by Sen. Dick Durbin and Rep. Steny Hoyer — was a “brilliant bit of stagecraft.”

“The dynamic is: look, this is a president who got Democrats to the table,” Doocy marveled.

Brian Kilmeade then appeared to take a more measured view of the meeting, noting that Trump had ceded pretty heavily to the demands of Democrats — including on a “clean” bill to fix DACA and only partial funding for a border wall.

“But saying that he wanted a clean bill — Senator Feinstein said ‘I have a clean bill, let’s do border security later.’ The president is like ‘alright,’ and then quickly Kevin McCarthy jumped in and goes ‘no, we’re not doing that, if we’re going to do DACA we have to do border security.'”

Kilmeade continued: “There was also a request from the Democrats: ‘do you really need $18 billion to build a wall?’ [Trump] goes ‘no, I’ll take some of it.'”

So to recap: Trump, master negotiator, was ready to toss a clean DACA bill to the Democrats until House Majority Leader Kevin McCarthy stepped in to rescue him. And the big beautiful wall? He’ll take some of the funding for it.

“It was a real give and take, and I think that’s what people wanted when they hired Donald Trump.”

that's one helluva of a face on that guy
Reactions: Simius The Monkey

Reactions: The Homie and garbagemanlb