GUN Got some news sights for the 34 today... v.Heinie/DP

Wanted to try something taller than the stock height. Ordered them from DP friday morning. 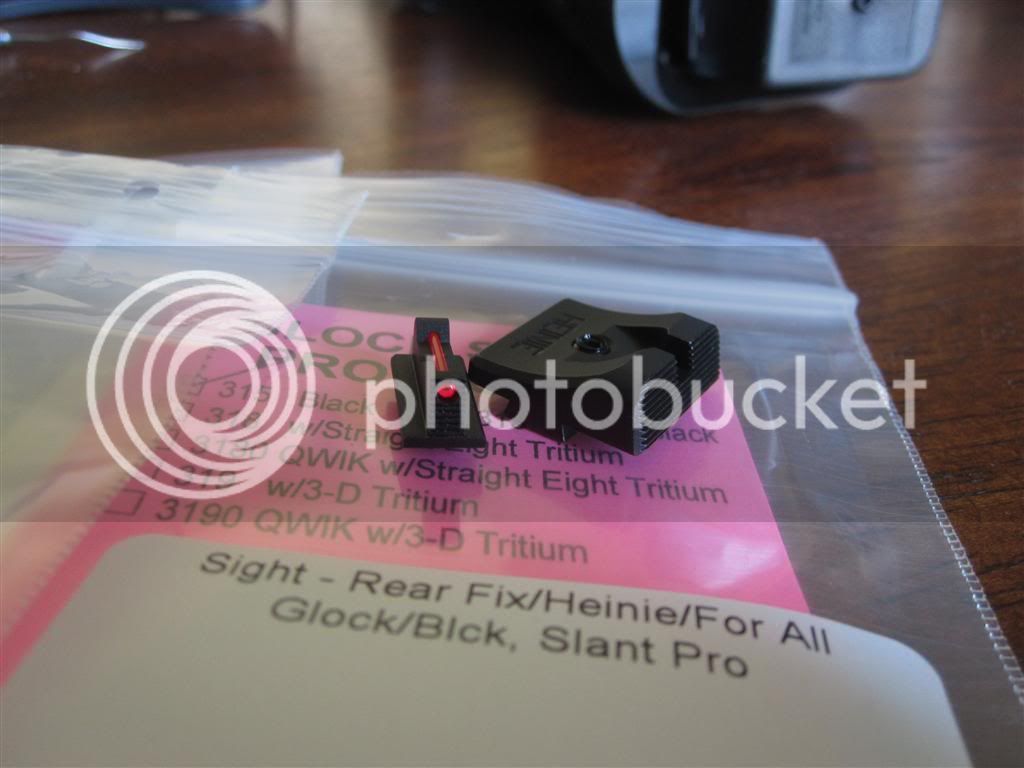 lol who needs a vise 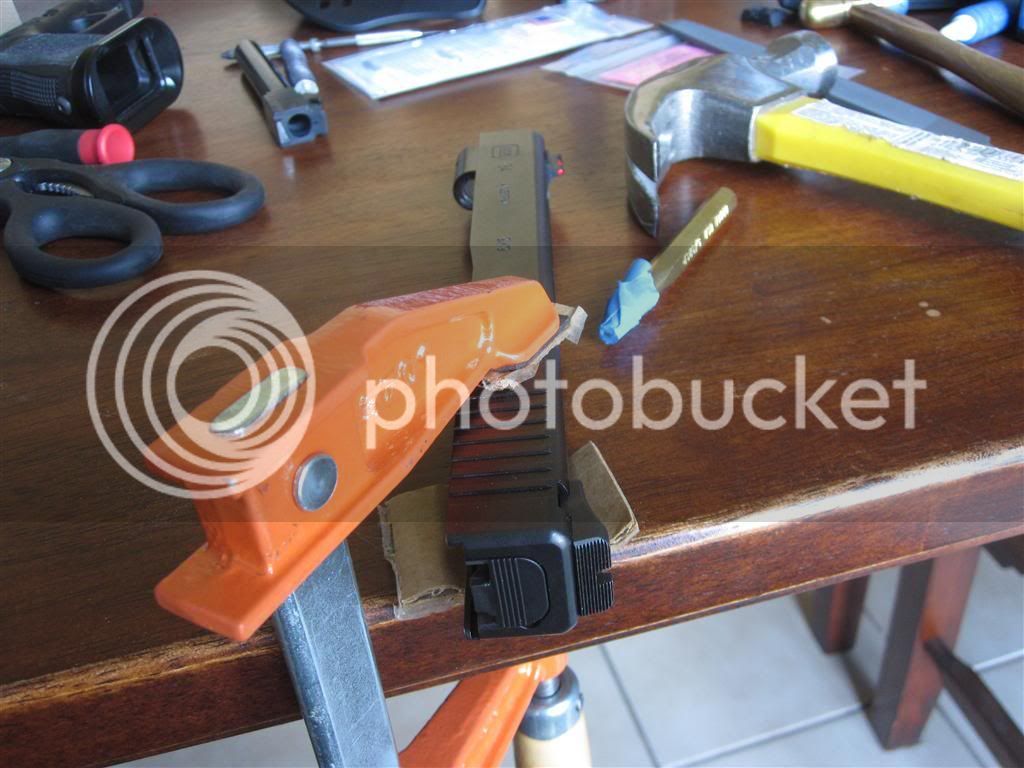 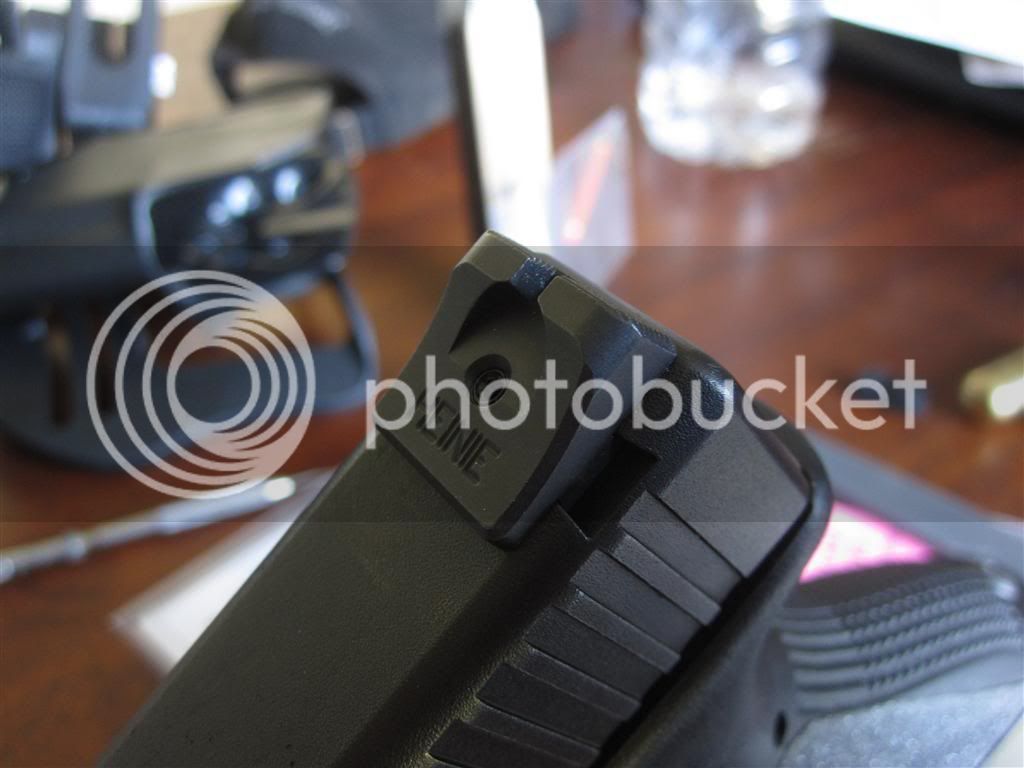 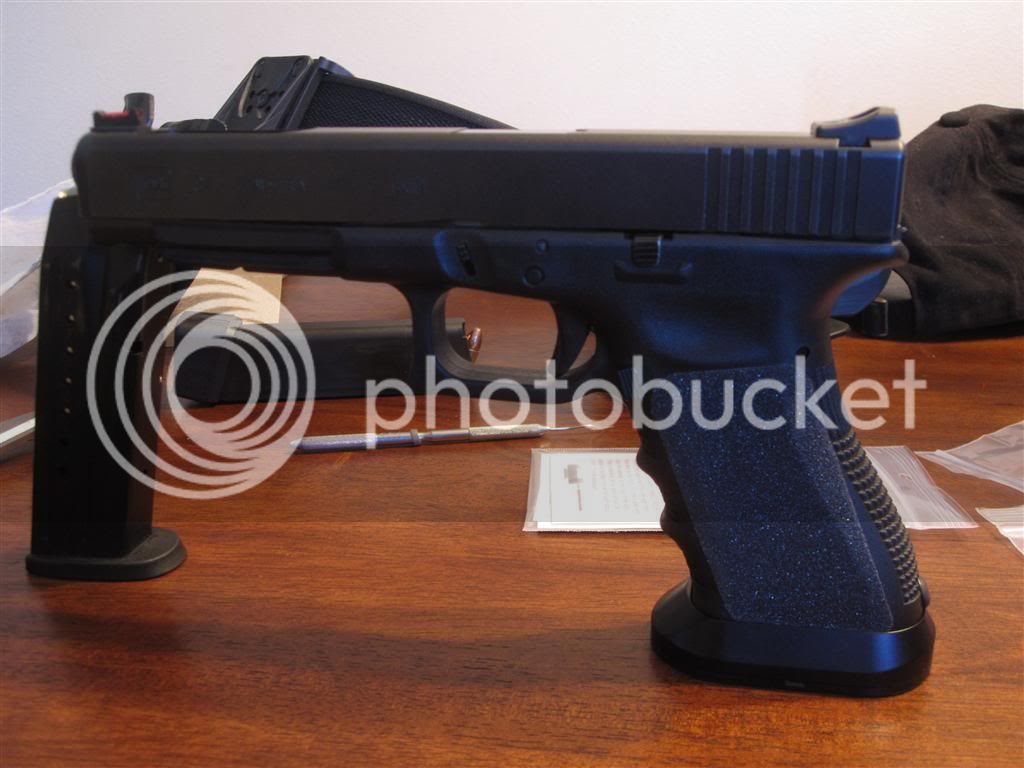 From the pics I could find, the Heinie seemed to have a pretty deep sight channel, figured that would be better for tracking the front sight.

Now I just need to get out and sight them in before this sundays match.
Last edited: Aug 16, 2011

Let us know how you like them, need to change the sights on my 34 also
TS
TS

For sure, I'll be able to compare them back to back with the Warren Tacticals that my buddy has on his 34.
TS
TS

So I sighted it in today and ran some timed drills... Surprisingly I didn't have to drift the sight at all... Off the table I shot a nice ragged hole just a tiny bit left of center from about 10 yards. The new sights are much easier to track and running under time I was shooting double taps into a 4 - 5 inch circle. From 30 yards, slow fire free standing I could put every round into what would be the A zone on a USPSA target.

For some reason when I transitioned to a target that was about 6 ft to the right, under time, my shots were off, gotta work on that.

We compared them to my buddies Warren Tac Sevigny sights and we both agreed that my Heinie is a little easier to pick up due to the serrations. Not much between them otherwise. My front blade seemed thicker.

All in all, I'm really satisfied now... I feel like this is what I really needed all along and for the first time I'm excited to shoot a match with the 34.

We also shot his G19 for the first time... It's not a bad little gun... Not as much recoil as I was expecting. If I get one I'd have to really work on the draw though... Not a lot to grab onto.

EDIT: I would say for me, as far as sights go, the taller the better. Especially if you have a rear sight with a deep channel.

What width front sight did you get. Looking at the pictures it maybe a .125 there is also a .105

I like a buried bomar rear with a tall .285x.105 FO front. Skinny for precision shots and tall so you never seem to loose the sight in recoil.
TS
TS

I like a buried bomar rear with a tall .285x.105 FO front. Skinny for precision shots and tall so you never seem to loose the sight in recoil.
Click to expand...

i have the sevignys on my G17, dawson is not to far away from me luckily

how difficult was it to put your rear sight on. i watched the video by DP on how to install them. Did you filed the dovetail at all.
TS
TS

Willie J said:
how difficult was it to put your rear sight on. i watched the video by DP on how to install them. Did you filed the dovetail at all.
Click to expand...

Nope, didn't have a triangle file... I filed the bottom a little bit then tapped it in. Went pretty easy, but heinie's are supposed to be made to fit.
You must log in or register to reply here.