I'm gonna give it a shot of posting in here, rather than MF

Anyway, I have an ASUS P5e V-HDMI and i'm running XP, run's like a dream can use my PCiE graphics card for my duel display then the onboard graphics (HDMI port) for my HD TV to watch tv shows i've downloaded.

The issue is with Vista, i've upgraded (had vista ultimate on my laptop for ages and love it) but Vista seems incapable of running with both.

If i run with both (using current bios settings) it says the Intel G35 express chipset is not working correctly.

IF i switch to onboard as priority graphics and PCI as second, it shows as G35 express chipset running fine (and it does) but i can't get any output on my monitors as it shows my Raedon X1650 as having an error


I'm honestly lost as to where to go, i'm back on XP now (it's the only fix

latest drivers, latest SP, all hotfixes installed. Yet nothing

Guess i just found the answer....

*The quad-display feature is supported by Windows XP 32-bit OS only.
**This motherboard comes with quad-VGA outputs for four different monitors simultaneously. You can connect two monitors to the onboard VGA and HDMI ports, and another two to your graphics card outputs. Install the VGA card to the PCIeX16_2(black) slot.
TS
TS

nice of them to put fully vista compatible 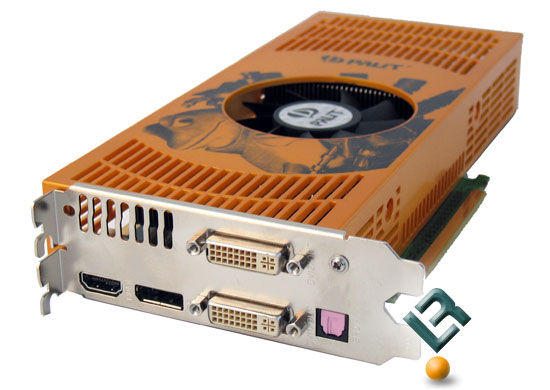 Just to bump this, I'm now running windows 7 and it works like a charm.

MEans i've no need to get the card