It seems that President Donald Trump has become a source of division between two Fox News anchors. Sean Hannity and Shepard Smith have been taking jibes at each other since Monday afternoon when Hannity called Smith anti-Trump, on his show. Hannity was speaking with White House official Sebastian Gorka on radio and his comments about his colleague came amid discussions of Fox News being a platform for various political views.
Smith attacked Trump last week in an exchange between him and "Fox News Sunday" host Chris Wallace, blaming the administration for its "constant flip-flopping between narratives," with regards to the controversial meeting between Donald Trump Jr. and a Russian lawyer.

Smith's anti-Trump remarks at the show were interpreted by some observers as a subtle attack on Hannity, who has continued to tell the audience the Russia story is a conspiracy hatched by Democrats and media to dismantle the Trump administration, CNN reported.

To emphasize that Fox News has a diversity of opinion, Hannity used the example of Smith, who hosts “Shepard Smith Reporting” every weekday afternoon, which delivers straight, unbiased news coverage. "Shep is a friend, I like him, but he's so anti-Trump," Hannity said, during the radio interview.

"Shep Smith disagrees with me. And he does so vehemently," Hannity said later on his radio show. He added: "Fine, I have no problem with it."

"The media was praising Shep and he's not the biggest fan of Trump, fine! We don't talk politics when we hang out. When I see him, we have the best time and we just have this mutual respect," Hannity added on his radio show Monday.

In response to Hannity’s comments about him, Smith gave Mediaite the following statement: “Sometimes facts are displeasing. Journalists report them without fear or favor.”

Hannity's job at Fox News is different from Smith's. While Smith delivers straight news coverage, Hannity hosts an eponymous evening show during which he shares his opinions about the day’s news. Hannity's comments about Smith focuses on a deepening divide at Fox News between the network's news operation and its opinion hosts, a report said.
Click to expand...

What is Shep wrong about?

the meeting was about adopting cute russian babies you libtard
Reactions: Sheep, The Homie, TenSteel and 2 others

CLOT said:
the meeting was about adopting cute russian babies you libtard
Click to expand...

hillary voters hate babies because they are russian 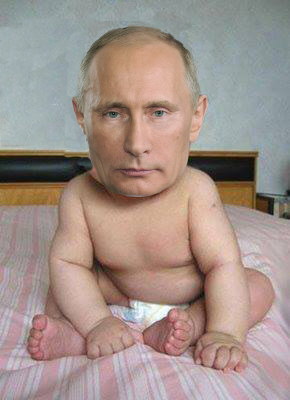 Stop asking for my assassination coordinates

No one can be mean to daddy
Reactions: Buddyblazon

CLOT said:
hillary voters hate babies because they are russian

That is actually disturbing.

thekinggovernor said:
No one can be mean to daddy
Click to expand...

You're all one libtard poster hired by Killary!

man hannity has become bloated since becoming a trump fan. Would love to see a time lapse that corresponds with him liking trump

When we hang out we have the best time.

....carries on marriage for 10 yrs, comes out gay and divorces....complains about other people lying....

How do they work?

Your gay is showing.

These two in here to defend daddy dearest, right on que

lawnboy said:
These two in here to defend daddy dearest, right on que

They like a a guy more than they like the country. How sad and pathetic their lives must be.
You must log in or register to reply here.