Russian forces are likely using Ukraine’s Zaporizhzhia Nuclear Power Plant (NPP) in Enerhodar to play on Western fears of a nuclear disaster in Ukraine, likely in an effort to degrade Western will to provide military support to a Ukrainian c

Russian forces are likely using Ukraine’s Zaporizhzhia Nuclear Power Plant (NPP) in Enerhodar to play on Western fears of a nuclear disaster in Ukraine, likely in an effort to degrade Western will to provide military support to a Ukrainian counteroffensive. International Atomic Energy Agency (IAEA) Director General Rafael Grossi said on August 3 that Ukraine’s Zaporizhzhia Nuclear Power Plant (NPP), which is currently occupied by Russian forces, is “completely out of control” and that “every principle of nuclear safety has been violated” at the plant.[1] He warned that Russian forces are not respecting the physical integrity of the plant and pleaded with Russia and Ukraine to quickly facilitate a visit of IAEA monitors to the complex. Russian Zaporizhia Occupation Administration Head Evgeniy Balitskyi responded that the IAEA was welcome at the plant: “We are ready to show how the Russian military guards it today, and how Ukraine, which receives weapons from the West, uses these weapons, including drones, to attack the nuclear plant, acting like a monkey with a grenade.”[2] Russian officials are framing Ukraine as irresponsibly using Western-provided weapons and risking nuclear disaster to dissuade Western and other allied states from providing additional military support to Ukraine’s looming southern counteroffensive.

Russian forces likely set fire to the prison complex holding Ukrainian POWs in occupied Donetsk Oblast but blamed Ukraine for an alleged precision strike using Western-supplied military equipment, likely to deter additional Western military support to Ukraine. The Ukrainian Main Military Intelligence Directorate (GUR) reported that it has determined that the Wagner Group deliberately set fire to the prison complex on July 28. This report is consistent with the damage observable in Russian-provided video of the site. The GUR reported that Wagner forces "mined” the building with unspecified flammable substances, which led to a rapid spread of fire throughout the building.[6] Russian-provided footage and commercial satellite imagery from the colony showed that the walls of the building were burned but still standing and did not reveal shell craters or other indicators consistent with an artillery strike. ISW previously reported that imagery from the site shows that the attack only damaged one building, did not collapse the walls of that building, and did not leave any shell craters in the vicinity, very strongly suggesting that the destruction of the prison was the result of either a precision strike or an internally planted incendiary or explosive.[7] Russian officials previously claimed that the deaths of the POWs were the result of a Ukrainian HIMARS strike, likely as a component of the ongoing Russian information operation attempting to dissuade the US from continuing to provide Ukraine with HIMARS.

The Kremlin is likely continuing efforts to leverage its relationship with Tehran in order to receive drones for use in Ukraine. Russian state-owned space agency Roscosmos announced on August 3 that Russia will launch a remote-sensing satellite (named “Khayyam”) into orbit on behalf of Iran on August 9.[8] The Kremlin may intend this launch to encourage or repay Tehran for the provision of Iranian drones that would be employed in operations in Ukraine, and possibly other military equipment or support. Iran has a huge ballistic missile arsenal and domestic missile manufacturing capabilities that it could provide to Russia in exchange for economic and military cooperation.[9] Iran has prioritized the development of its military space program in recent years and launched one satellite in April 2020 and one in April 2022. US and Middle Eastern officials stated as early as June 2021 that Russian officials were preparing to send a Russian-made Kanopus-V satellites to Iran, which would expand Tehran’s overall surveillance capabilities in the Middle East and beyond.[10] As ISW reported on August 2, Russian and Iran are likely continuing to facilitate cooperation through recently signed bilateral aviation agreements in order to bolster Russian military capabilities in Ukraine and assist Tehran with sanctions mitigation.[11]

The Russian Defense Ministry has altered the focus of its reporting after the fall of Lysychansk, likely to orient on narratives that resonate positively with milbloggers and war correspondents rather than those that draw criticism from that community. The Russian Defense Ministry has shifted its reporting style to focus on claims of declining Ukrainian morale and successful Russian strikes on Western-provided military equipment, rather than reporting on day-to-day Russian advances on the frontline.[12] Russian forces have made limited gains around Bakhmut and Avdiivka in recent days, but the Russian Defense Ministry has not claimed territorial gains around the theater since at least the fall of Lysychansk. Milbloggers, war correspondents, and other groups have criticized the Defense Ministry and the Kremlin for exaggerated and inaccurate claims of territorial gains, undermining Moscow’s narratives and credibility.[13] The Defense Ministry apparently flirted with the idea of suppressing or attempting to control the milblogger community, but it seems instead to have opted to adjust its own narratives.[14] The Defense Ministry is now letting milbloggers, war correspondents, and DNR officials cover the situation unfolding in Avdiivka, Pisky, and south of Bakhmut positively without making claims of its own that might draw criticism. Milbloggers released footage from the reported capture of the Butivka Coal Mine ventilation shaft and on the southern outskirts of Pisky, where they celebrated recapturing small segments of years-long contested territory--but the Defense Ministry has made no statement on the subject.[15] Some of the milbloggers such as Maksim Fomin (known under alias Vladelen Tatarzkiy) have previously served within DNR units and include anecdotes about their service in the Donetsk City area prior to Russia’s full-scale invasion of Ukraine. Such coverage of the war likely aims to boost morale among DNR and Russian fighters. The Kremlin or the Defense Ministry may have decided that the milbloggers and war correspondents are more credible sources for the constituencies it cares most about and realized that its own claims were losing credibility. They may alternatively be focusing on narratives that generate positive resonance within that community.
Reactions: hvy55chvy, Nikuk, King Dick and 1 other person

KGB ate my bread said:
I think they're doing night because of the advantage; russians don't have as much NV/FLIR equipped vehicles/drones whereas Ukraine does; Operating at night with support probably helps assure the safety of the units and avoid detection
Click to expand...

If you give NV/FLIR equipments to the Russians, those are going on the black market the next minute

Mortars are area weapons. None of those rounds hit the same spot, probably landed in an area of about 30 meters. I couldn't tell for sure, but very unlikely they were shooting different charges because that would change the range at least 1,000 meters without changing the elevation of the tube
Reactions: Mazy D.

Mazy D. said:
oh, so they might land all over the place? i wonder what the actual accuracy of it. Is it that bad/random?
Click to expand...

There are different variables. Propellant loads can vary slightly within a tolerance, gusts of wind especially at apogee where the velocity is pretty much 0, the tube and the baseplate changes a little bit between shots.
Reactions: Mazy D. and whatever

time for a bloody offensive.
Reactions: spiko, bubbaZR2 and Gaunt

i cant recall who first said that August was the make or break month, but i can smell breakthrough
Reactions: bubbaZR2

schroeder just knows that now his board seats on gazprom and the rest arent going to be paying anymore.

dude should be strung up.
Reactions: bubbaZR2

Jacko said:
i cant recall who first said that August was the make or break month, but i can smell breakthrough
Click to expand...

i think i posted it but the uptick in UA front line soldiers back home for some RnR is up in a big way. i'd guess this is their operational pause before they go on the offensive.
Reactions: hvy55chvy, Mazy D., Gaunt and 1 other person

blood for the blood god

It's not tho
Reactions: Jacko

whatever said:
how is your family in kharkiv? i think thats the area
Click to expand...

Yep theyre in Kharkiv. Had half leave their homes to go to Germany and Israel, other half is still surviving. Thanks for asking.
Reactions: spiko, cbpage, SquirtRussel and 5 others

Patrick Bateman said:
Yep theyre in Kharkiv. Had half leave their homes to go to Germany and Israel, other half is still surviving. Thanks for asking.
Click to expand... 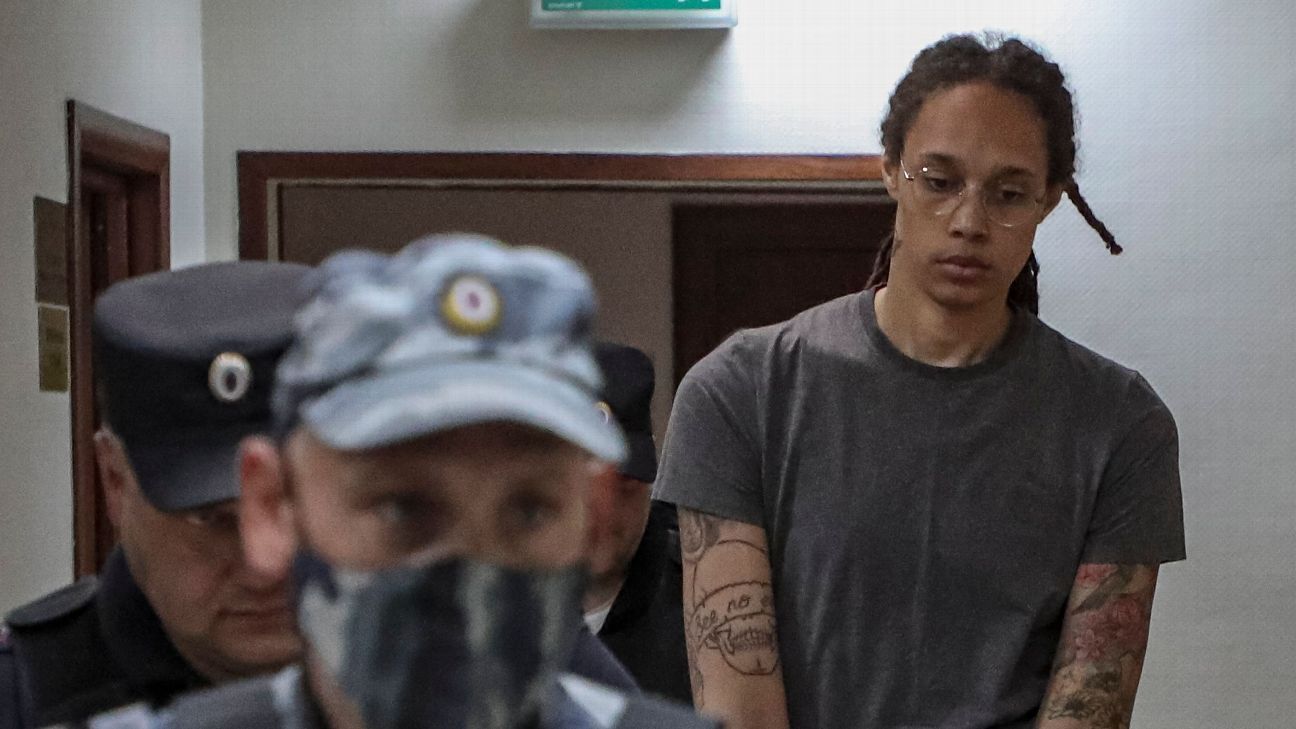 Russian prosecutors have asked a court to sentence Brittney Griner to 9½ years in prison during closing arguments in her cannabis possession trial. Griner told the judge she "never meant to break any law" while committing an honest mistake. 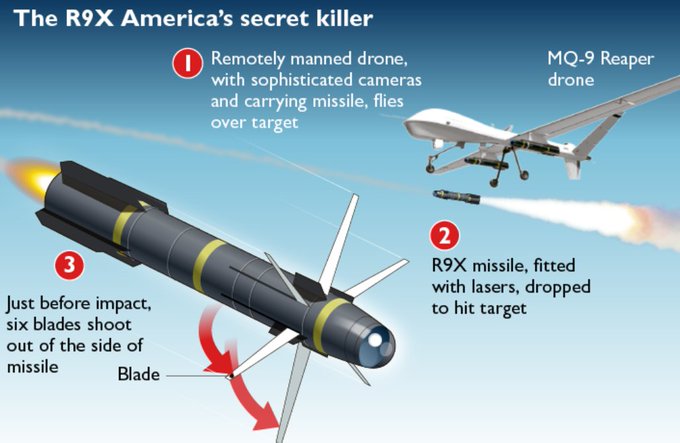