So my connection has been shitty lately (you can see my wrt54gl thread that has since been resolved), but I noticed my rommate's computer downloading at about 450-500kb/s and mine topping out at around 100. 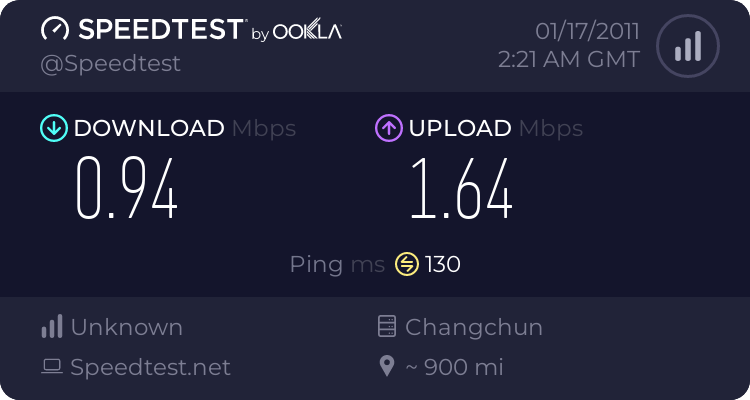 On speed tests it will hit the maximum bandwidth, but on actual downloads I'm stuck with this. occassionally it will get up there but for him these are just the normal numbers.

is my nic card broken?

EDIT: that wouldn't even make sense unless the ethernet port was broken too..wtf.
Last edited: Jan 17, 2011

Which of you have the router log in credentials? Sounds like one has higher bandwidth priority.
TS
TS

yea he knows dick about computers...and i dont think the router even has QoS. i have the router credentials...

directly hooked to the wall i get around 300. router settings are the same...nothing special for either of us.

Im on downloads that SHOULD max out the connection though and i've seen speeds up to 700kb/s+ before.

okay fastest speed i've gotten is behind the router (direct is slower), but i did something that made both of our torrent clients connectable. his wasnt before and was getting around 700 and now we both get around 300 (obv i pause one before starting the other)...it seems like being connectable is bad in this situation maybe ISP is traffic shaping? encryption through utorrent doesnt seem to help.
Last edited: Jan 17, 2011

Your Face, In A Pickle Jar.

Is your upload speed limited? I'm pretty sure I've seen some (rarely) torrent networks throttle download based on your upload.

Also, if your buddy is using SSL or PeerGuardian or something. Highly doubt it but it's worth mentioning.

You seem like you know what your doing, but your talking about wireless correct? Is it just the torrent and not everything that's going slow correct?
TS
TS

no everything is slow. I even bought a new router over this albeit not a very good one. I'm starting to think its a problem with my logic board or something...no idea just sick of shitty internet.
You must log in or register to reply here.