[SRS] what's the connection between MAGA and this flag? 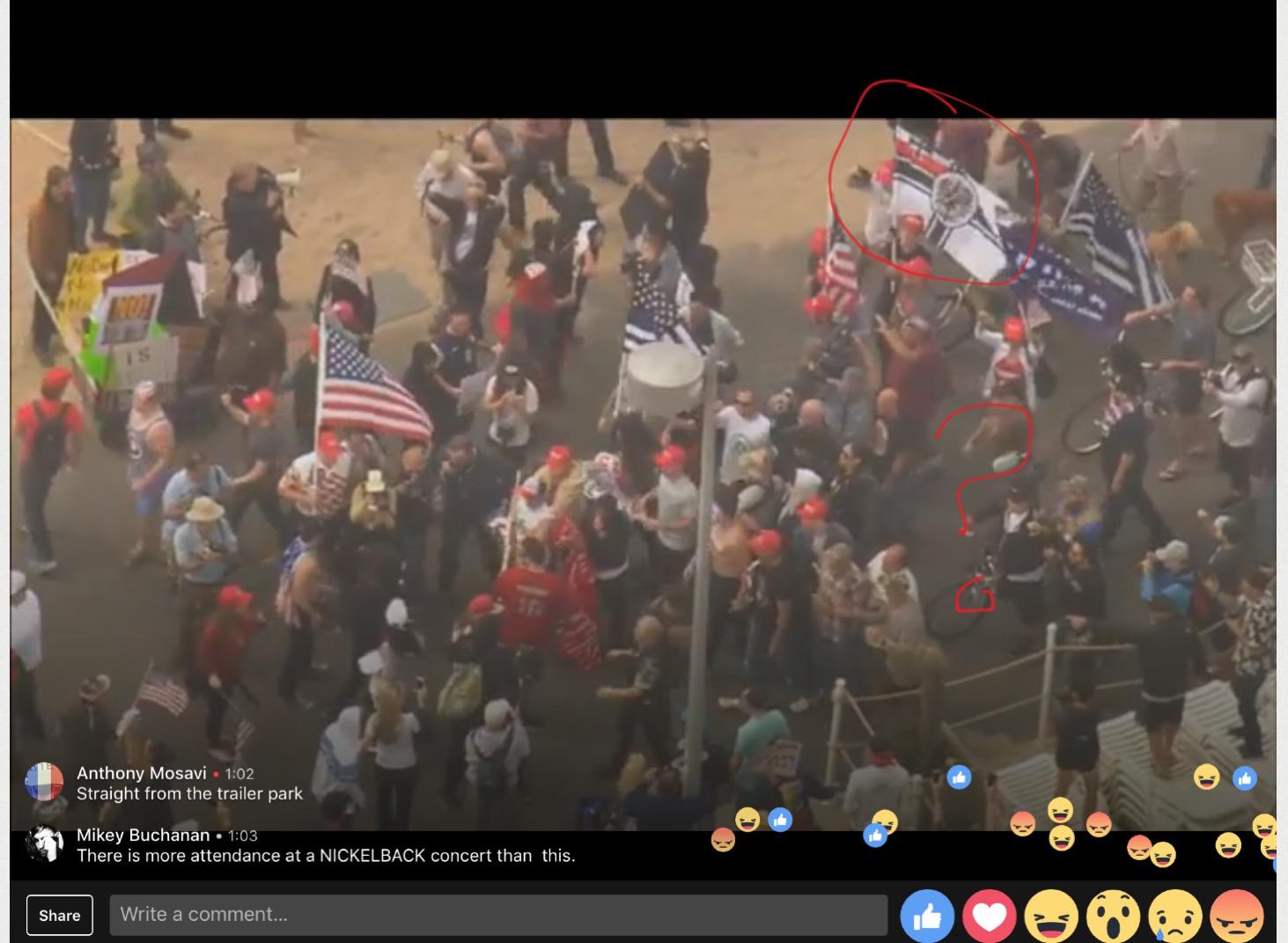 has to be a chop, no MAGA bro would allow that. right guys?

It's for the Trump Friekorps
Reactions: GCEX

IDK apparently the chat loves it tho

Self determination is a good thing.

It's kind of like your mom being a girl and her having a friend. She has a girlfriend but that doesn't mean she's gay.

Wait, nevermind you guys are liberals. She's probably a gay.

moxiemag said:
What's the name of that flag?
Click to expand...

Self determination is a good thing.

It's kind of like your mom being a girl and her having a friend. She has a girlfriend but that doesn't mean she's gay.

Wait, nevermind you guys are liberals. She's probably a gay.
Click to expand...

let's play a game where we post our pics
Reactions: Ariez and FutureMan

Was really hoping for a "no step on snek" flag
Reactions: couchlock

goddamit gimp, take one for the team and post the shit already

why is someone that can pull Nia Long's phone number on a plane so afraid of posting his handsome face
Reactions: gimpshiznit

He loves the Jews


From a technical and thematic perspective it's a well made ad. It's also packed with anti-Semitic dog whistles, anti-Semitic tropes and anti-Semitic vocabulary. I'm not even sure whether it makes sense to call them dog whistles. The four readily identifiable American bad guys in the ad are Hillary Clinton, George Soros (Jewish financier), Janet Yellen (Jewish Fed Chair) and Lloyd Blankfein (Jewish Goldman Sachs CEO).

The Trump narration immediately preceding Soros and Yellin proceeds as follows: "The establishment has trillions of dollars at stake in this election. For those who control the levers of power in Washington [start Soros] and for the global [start Yellen] special interests [stop Yellen]. They partner with these people [start Clinton] who don't have your good in mind."

For Blankfein: "It's a global power structure that is responsible for the economic decisions that have robbed our working class, stripped our country of its wealth and put that money into the [start Blankein] pockets of a handful of large corporations [stop Blankfein] and political entities."

These are standard anti-Semitic themes and storylines, using established anti-Semitic vocabulary lined up with high profile Jews as the only Americans other than Clinton who are apparently relevant to the story. As you can see by my transcription, the Jews come up to punctuate specific key phrases. Soros: "those who control the levers of power in Washington"; Yellen "global special interests"; Blankfein "put money into the pockets of handful of large corporations."

This is an anti-Semitic ad every bit as much as the infamous Jesse Helms 'white hands' ad or the Willie Horton ad were anti-African-American racist ads. Which is to say, really anti-Semitic. You could even argue that it's more so, given certain linguistic similarities with anti-Semitic propaganda from the 1930s. But it's not a contest. This is an ad intended to appeal to anti-Semites and spread anti-Semitic ideas. That's the only standard that really matters.

This is intentional and by design. It is no accident.

Trump has electrified anti-Semites and racist groups across the country. His own campaign has repeatedly found itself speaking to anti-Semites, tweeting their anti-Semitic memes, retweeting anti-Semites. His campaign manager, Steven Bannon, is an anti-Semite. The Breitbart News site he ran and will continue running after the campaign has become increasingly open in the last year with anti-Semitic attacks and politics.

Beyond that, this shouldn't surprise us for a broader reason. Authoritarian, xenophobic political movements, which the Trump campaign unquestionably is, are driven by tribalism and 'us vs them' exclusion of outsiders. This may begin with other groups - Mexican immigrants, African-Americans, Muslims. It almost always comes around to Jews.

It's true there is son-in-law Jared Kushner, a Jew and Ivanka, who converted to Judaism. But this isn't terribly surprising. Kushner appears to be conscienceless. And as I noted here, there is a storied history of anti-Semites being happy to distinguish between good Jews and bad Jews.

more proof that bobbys a christian fundamentalist in denial
Reactions: veggie quesadilla and Simius The Monkey

moxiemag said:
Your dad or mine
Click to expand...

we have the same daddy now

he's in denial of a handful of things...
You must log in or register to reply here.