A large, Phase 3 study testing a Covid-19 vaccine being developed by AstraZeneca and the University of Oxford at dozens of sites across the U.S. has been put on hold due to a suspected serious adverse reaction in a participant in the United Kingdom.

A spokesperson for AstraZeneca, a frontrunner in the race for a Covid-19 vaccine, said in a statement that the company’s “standard review process triggered a pause to vaccination to allow review of safety data.”

In a follow-up statement, AstraZeneca said it initiated the study hold. The nature of the adverse reaction and when it happened were not immediately known, though the participant is expected to recover, according to an individual familiar with the matter.

The spokesperson described the pause as “a routine action which has to happen whenever there is a potentially unexplained illness in one of the trials, while it is investigated, ensuring we maintain the integrity of the trials.” The spokesperson also said that the company is “working to expedite the review of the single event to minimize any potential impact on the trial timeline.”

An individual familiar with the development said researchers had been told the hold was placed on the trial out of “an abundance of caution.” A second individual familiar with the matter, who also spoke on condition of anonymity, said the finding is having an impact on other AstraZeneca vaccine trials underway — as well as on the clinical trials being conducted by other vaccine manufacturers.


Clinical holds are not uncommon, and it’s unclear how long AstraZeneca’s might last. But the progress of the company’s trial — and those of all Covid-19 vaccines in development — are being closely watched given the pressing need for new ways to curb the global pandemic. There are currently nine vaccine candidates in Phase 3 trials. AstraZeneca’s is the first Phase 3 Covid-19 vaccine trial known to have been put on hold.

Researchers running other trials are now looking for similar cases of adverse reactions by combing through databases reviewed by a so-called Data and Safety Monitoring Board, the second person said.

AstraZeneca only began its Phase 3 trial in the U.S. in late August. The U.S. trial is currently taking place at 62 sites across the country, according to clinicaltrials.gov, a government registry, though some have not yet started enrolling participants. Phase 2/3 trials were previously started in the U.K., Brazil, and South Africa.

There are a number of different reactions that can qualify as suspected serious adverse reactions, symptoms that require hospitalization, life-threatening illness and even death. It was also not immediately clear which clinical trial the adverse reaction occurred in, though a clear possibility is the Phase 2/3 trial underway in the U.K.

The virus will just disappear iirc

the heat will kill it afaik
Reactions: Muddy Waters 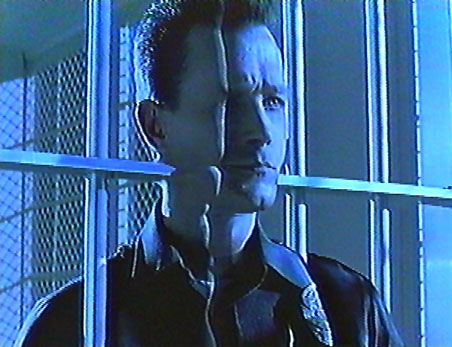 have you even read the manuals? what about the books?

Land of wine and fires

That’s only if the virus is here on California’s forest floors that STILL haven’t been swept.....

As long as Trump says it's ok I'll take it anyways.

well this will have its own adverse effect
Reactions: xbg
TS
TS

xbg said:
Oh boy. More reasons for people not to take the vaccine when one comes out that works
Click to expand...

Just those that don't understand science. So like 85% of the population
TS
TS

Boots said:
I still say testing is going to be what gets everything back to normal, not a vaccine.
Click to expand...

Both make each other more effective
Reactions: Boots

The new hoax as I like to call it

Boots said:
I still say testing is going to be what gets everything back to normal, not a vaccine.
Click to expand...

an effective treatment would be enough. testing isnt going give people confidence that they do not have to worry about this over other things in their lives.

Boots said:
I'm thinking along the lines of a super cheap, rapid, accurate (saliva?) test. If we can all test ourselves easily and quarantine if required, it should help stop the spread.
Click to expand...

Maybe in Canada land but a positive for a good majority of idiots in the USA means no big deal, party time

Boots said:
I'm thinking along the lines of a super cheap, rapid, accurate (saliva?) test. If we can all test ourselves easily and quarantine if required, it should help stop the spread.
Click to expand...

but what would make you feel comfortable to go back to your regular life? traveling, etc.

for me, it would be that i get corona, go to the doctor and get a prescription for X and ill be over it in a few days. I dont really care if i get it if it can be treated.

Called it for December 2020, just in time for Chistmas.

Boots said:
I don't want it at all so I'm more on the preventative side of things vs treatment. I mean at least until they figure out the long term effects of having the disease.
Click to expand...

That’s where I’m at. I’m overall healthy, fairly young, and in great shape so it’s unlikely I’d die from it. I’m worried about some crazy neurological issue or worse for years or maybe forever
Reactions: Boots

mollywhop said:
That’s where I’m at. I’m overall healthy, fairly young, and in great shape so it’s unlikely I’d die from it. I’m worried about some crazy neurological issue or worse for years or maybe forever
Click to expand...

And not a word about your neatly-chiseled features. Modest.
Reactions: mollywhop

Boots said:
It still blows my mind that it's not being taken seriously yet. I figured the initial stupidity would fade away and people would come to their senses as the body count climbed

Problem is these people get it, sick a couple days and go "see no big deal, iv a cold that was worse"
Reactions: Boots

Reboast
You must log in or register to reply here.